Two research findings consecutively ranked Malindi MP Hon. Aisha Jumwa as among the best performing legislators in the country. These verdicts did not come fortuitously.

The vocal Member of parliament of a Constituency that has the largest electorates in Kilifi County has gone beyond the limitations of NG-CDF to develop her Constituency and improve the living standards of her people.

She has empowered thousands, given hope to many, and touched the lives of men, women, and youth of Malindi.

Women in Kilifi county are economic majors of their families. They engage in various activities in their endeavor to put food on the table. Some run mama mboga groceries, cook and sell chapati, mandazi, and beans; others are fishmongers, while some have ventured in tailoring.

These activities form key economic pillars for the preponderance of Women in Kilifi County.

Realizing the critical place of mothers in the family, Hon. Jumwa has heavily invested in women’s empowerment to boost their enterprises and increase their earnings.

In a county with over 48.6% of its population living in abject poverty, the establishment of Naona Mwangaza Development Initiative has changed the lives of women in Malindi.

Modeled as a Sacco, members can now save and borrow money to expand their microenterprises and gain more from their livelihoods.

The fishing sector is critical sustenance for the Coast people.  The region borders the Indian Ocean hence most communities living along the Kenyan coastline engage in fishing.

Hon. Aisha Jumwa, believing in the rule of teaching people how to fish instead of giving them fish, has supplied quality fishing gear to fishermen in Malindi Subcounty.

This has greatly helped the beneficiaries to efficiently go about their fishing pursuits, increased their daily catches and hence their average income has grown exponentially.

The young generation faces various challenges such as unemployment, alcohol and drug abuse, unwanted pregnancy, early marriages, and general hopelessness. Investment in this energetic young generation is important to safeguard their future which in turn promotes societal stability. 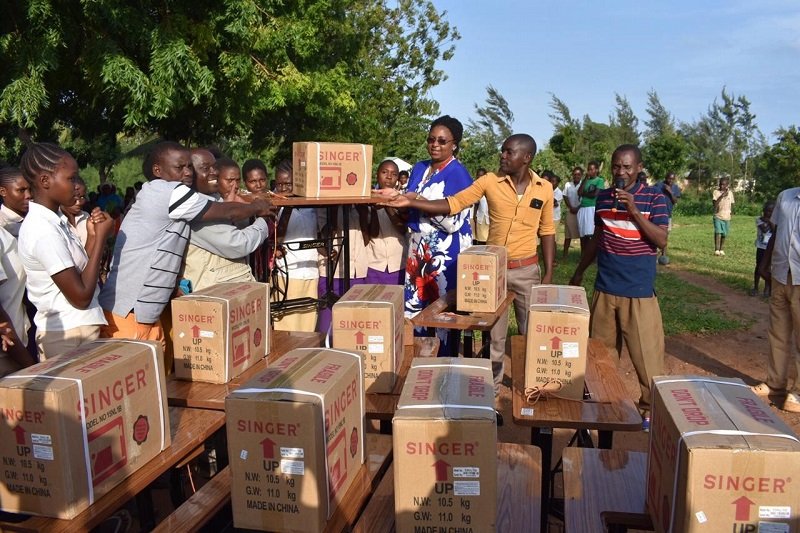 Hon. Jumwa has empowered the youth to engage in various businesses that guarantee them hope in their life. Tailoring machines targeting young girls have successfully reduced the numbers of early marriages and teenage pregnancies. with sewing machines that assure them a source of income.

One of the much talked about success stories in Malindi is the MP’s role in promoting football in Malindi. All football teams have been facilitated with certified playing kits, which included full jerseys, balls and even had their participation fees in the KFK league cleared.

Moreover, a whole football bus is at the disposal of all football clubs in Malindi for their use. This has significantly ameliorated their participation in tournaments, boosted the teams’ morale, and amplified the quality of football in the Constituency.

The fear and reverence of God is an important element of leadership. A leader who always seeks God and builds His Church forms the foundational edifice of peace, tranquility, love, and harmony in the society.

As the Bible says, ‘Blessed is the hand that giveth, not the one that taketh’, the MP has embraced God and invested in the Church. Pastors fellowships in the entire Malindi Constituency have been empowered and given a much-needed boost to preach the Word, as they offer spiritual nourishment to the people.

Realizing the potential of coconuts, cashew nuts,, and mangoes in improving the economy of the Coast region, Hon. Jumwa has sturdily and vigorously been championing for the recognition of these crops and pushed the national government to promote their production and value addition, to spur development in the region. 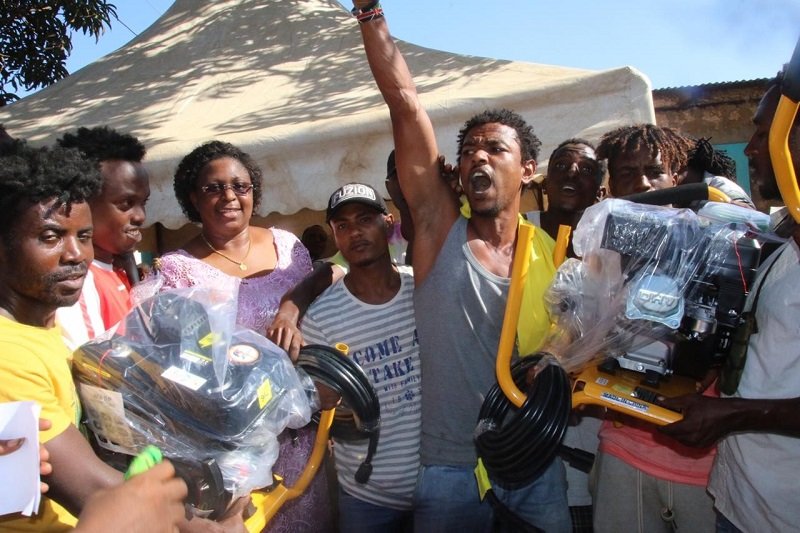 In addition, the Malindi legislator has been categorical that the Galana-Kulalu irrigation scheme should be managed by county governments of Kilifi and Tana River, and priority on land allocation be given to local farmers.

Kilifi County is prone to floods, especially for homesteads within the vicinity of River Sabaki. Hon. Aisha has always responded kindly to victims of floods, quite often donating mattresses, food items, and other life-supporting essentials.

In Kilifi County, she is the only MP whose leadership has gone beyond NG-CDF to ensure that her people get the services they are supposed to enjoy. All the above projects were done separately from those undertaken by Malindi NG-CDF.

10 Silly Myths About COVID-19 You Should Ignore

Gordon Opiyo
Thanks for subscribing!