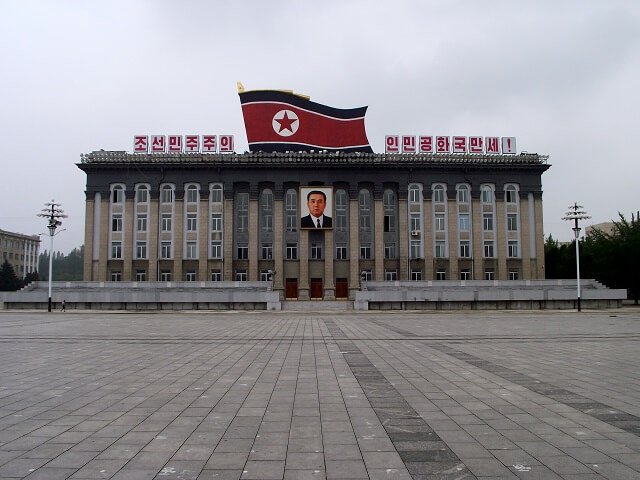 10 Places You May Never Visit Even If You Wanted To

Are you one of those people whose interests revolve around traveling and adventure? Ok, here is some surprise for you; there are places on this earth you can never visit unless otherwise.

It doesn’t matter if you had the money for your bedding, the destinations that make it to this list are out of bounds for over 99.999999% of the world population. Here are the 10 most guarded places on earth to the extent that the word ‘exclusive’ cannot sufficiently describe the type of access.

This is the exclusive British Spy Headquarters and touted as the largest (electronic) monitoring station ever. As amazing as this site may be, you cannot visit or go near it.

Its secret nature might be attributed to the type of data it collects e.g. Phone calls, messages, and emails to combat terrorism and other vices.

In the popular imagination, this facility is filled with spies scanning our private conversations and intruding on the intimate details of our daily lives.

Whether deserved or not, Menwith Hill has a reputation as the ultimate Big Brother, listening in on what everybody else is saying, but with not a lot to say for itself

Set up in the 50s (during the cold war), this center was built as the ultimate safe zone just in case of a massive attack. It is mainly dealing with disaster management via the Federal Emergency Management Agency (FEMA).

Now, you would want to go there and see how wonderful the center is, right? Sorry, just perish the thought since it is highly guarded and its operations highly classified. You may guess the reasons.

The facility is a major relocation site for the highest level of civilian and military officials in case of national disaster, playing a major role in U.S. continuity of government

The word shrine here should not confuse you, we are talking of more than a hundred (100) shrines here. Briefly, this is the holiest shrine in the country of the rising sun and has been in existence for over 2000 years.

I bet the short description of the Sun goddess shrine is already psyching you to visit. Hold on to that thought since the only visitors allowed are priests and priestess from the royal family.

How many people are members of the Japanese imperial family let alone being a priest or priestess?

Around 680 AD, Emperor Temmu established Ise as the primary Shinto shrine of imperial Japan and built the first temple on the site. The first rebuilding ceremony took place under his wife, Empress Jito, in 692

Ok, this might be tricky considering the number of people who might even be interested to visit North Korea. If what the media reports be going on there is anything to go by, then even visiting Pyongyang might be challenged let alone Room 39.

Nonetheless, you need to know that the room is under the control of North Korea’s Military leader and is used for currency trade. It deals with over 120 companies and operates over 20 offshore bank accounts.

Some even say it deals in sales of weapons, money laundering, and drug smuggling. Trust me, it does not matter what they do here since its existence is vehemently denied by the ruling Kim dynasty.

Do you see yourself in Room 39 one of these fine days? I do not think so.

The organization holds as much as $5 billion in funds, and may be involved in illegal activities, such as counterfeiting $100 bills (see Superdollar), production of controlled substances (including the synthesis of methamphetamine and the conversion of morphine-containing opium into pure opiates, like heroin) and international insurance fraud

Located in southern Nevada is an exclusive military base nicknamed Area 51. Primarily, this highly secretive base handles the development and testing of weapon systems and aircraft.

So, there is also a secretive airstrip at the base. What will surprise you is that the government even denies the existence of such a base and ready to use ‘deadly force’ against trespassers.

Do not even think of going there, unless you prepared to leave us soon.

It’s the most famous military installation in the world, yet it doesn’t officially exist. Area 51– a site for covert Cold War operations– has long been a magnet for crackpots, conspiracy theorists, and the overly curious.

While there may not be truth to the rumors that Area 51 is a haven for UFO’s and extraterrestrials, it’s clear that the US government has been up to something in Area 51 for decades, it turns out there is a kernel of truth to even some of the wildest speculation. Underground tunnels… Hidden enemy aircraft… Secret government UFO files

One of the oldest members’ club is this English Gentlemen’s Club. Described as a place of bizarre betting for the royalties and the top in the political class, the membership here is almost impossible for even the most famous influential politicians.

It is of course, out of bounds for women and the common man. According to sources, you can only join by an ‘approved invitation’ i.e. Invited by a member with the approval of at least two other members.

The club remains of the male-only persuasion. A plethora of Royals are presently members including the heir to the throne, Prince Charles

This is the unconfirmed/denied secret underground metro network connecting Kremlin to important government stations. According to reliable rumors, it is about 200 meters deeper and longer than Moscow’s Public Metro Network.

Speculations are ripe that Moscow Metro-2 connects FSB headquarters, Vnukovo-2 government airport) and underground town (Ramenki). If you think this is a tourist attraction then you very wrong.

Moscow Metro 2 was built during Stalin times and codenamed “D-6” by the Russian KGB. Its main purpose was to allow swift and hidden transportation as well as the evacuation of Soviet leaders in the event of nuclear war

Disneyland is so popular and abuzz with public events. What you might not know, however, is the presence of a strict members club in the heart of this famous facility.

Not only is the membership to the club expensive (about $30,000 or more) but the fact that you have to apply and wait for over 14 years. That is how impossible it is to join the Club 33 on the Royal Street of Disneyland’s New Orleans Section.

Club 33 is the only place in Disneyland that serves alcoholic beverages. The dress code is “resort dressy” — the equivalent of “business casual” or better

The fact that the Vatican has many secrets is not news. For example, it is a state (country) within a city! If that is not complicated already then the word ‘complicated’ must be redefined. One of the most secretive places in the Vatican is the ‘Secret Archives’.

Do not let the name fool you though as you can read virtually anything from the archive. The problem is that you cannot enter the archive and can only request a book/document to be brought to you and it has to be more than 75 years old.

Read Also: 10 Most Ignored Secrets Of A Happy Relationship

One bragging right around here is the over 30000 volumes and what could well be over 80 Kms of shelving.

Pope Paul V created the Secret Archives in 1612. Four hundred years later, the Vatican celebrated by making 100 items available for public viewing for the first time. The exhibit, Lux in Arcana, shed some light on the papal past and provided some color to events that shaped history

Another guarded secret of the Russians is Mount Yamantau. Believed to a nuclear facility or bunker, this area is of limit for even the prying intelligent eyes.

The only information the government has of Russian has offered is that it is a mining area, treasure home or food storage as if such places need this level of secrecy.

In as much as you would want to visit and know more about Mezhgorye, it is not possible even for the Russians themselves.

Mount Yamantaw is near one of Russia’s last remaining nuclear labs, Chelyabinsk-70, raising speculation that it already houses nuclear weapons. Russian newspapers reported in 1996 that it is a part of the “Dead Hand” nuclear retaliatory command structure

Now let’s discuss other places that did not make it to the list. You may also provide more insight into the above-mentioned most secret places.

10 Most Ignored Secrets Of A Happy Relationship