From today, in the wake of the release of the BBI report, all eyes, especially from the Hustler Nation, will be on you.

As you have recently proclaimed, the debate on the BBI should be based on constructive engagement and open-minded discussion on what takes this country forward.

As an eloquent and well informed political debater, there is no better time than this to show leadership. You are no stranger to an engaging constitutional debate. The 2010 NO referendum campaign is illustrative.

Read: Why Ruto opposed the 2010 Constitution

Those who now find fault in the 2010 constitution, that they so earnestly endorsed in 2010, vindicate your assertions almost ten years later.

But be it as it may, Kenyans are aware of the dishonesty, greed for power and the power games playing out behind the curtain. Most, especially your supporters, remain skeptical of this BBI.

When couched in frequent and targeted mudslinging against you as an individual and as Deputy President, the political script is not difficult to miss. We cannot entertain to custom make a constitution to favor certain individuals.

As Deputy President, you are not obliged to agree with your boss on every word. Diversity of opinion is what enriches leadership that moves the country forward. It is not disrespect to the President to take an independent opinion.

The American poet, Ezra WESTON Loomis Pound, among others are attributed to the saying:

When two men always agree, one of them is unnecessary.

We expect your divergent views on this politically hyped BBI to enrich it’s discourse. If it is unnecessary, say so without fear, lest you become unnecessary.

It is okay to disagree with the president

The current constitutional dispensation is different from the 2005 Orange/Banana referendum. No wonder some of your detractors are calling for the amendment of the law to enable the President to sack his Deputy. There is no constitutional predicate that configures the DP as the President’s Yesman.

We are aware of shadowy characters with bloated sense of entitlement, that thrive on state capture. They are the same ones who can’t stand your meteoric rise from a poor barefoot peasant’s son to Deputy President. The Hustler Nation stands with one of their own.

As the President’s Principal Assistant and advisor, your job is not to dress him when he voluntarily agrees to be handshaked naked. You are neither his wardrobe manager nor his butler. Yours is to tell him the truth. That he is politically exposed. If this BBI is bad, call it out for what it is.

We raised our eyebrows when you attempted to sanitise the KQ/KAA and the so-called “Railway to Nowhere” deals. The public is very woke. They can sniff the puppeteers and the oligarchs behind the curtains. They don’t shout “dynasties must fall” in vain.

We don’t expect you to be lukewarm and unengaging as you did with the mysterious, now dead and forgotten, Kibicho hyped Huduma Namba. We want you to take a stand, even if it runs counter to the nefarious handshake which has polarized this country down the middle.

Our support is contingent

Much as we steadfastly remain in your corner, should you by any chance succumb into the dynasties’ engineered fait accompli trap, that is anti Wanjiku, when we constitutionally retire your boss to Ichaweri in August 2022, and confirm his brother’s permanent retirement to Bondo, we may as well send you back to Sugoi to rear chicken, graze your cows and while away time with Kilemendi. 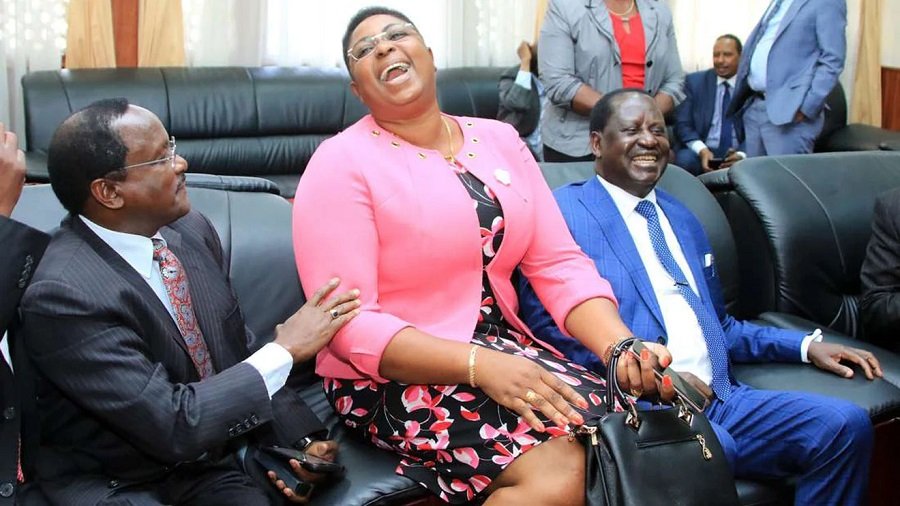 What Exactly Does President Uhuru Want With The Judiciary?