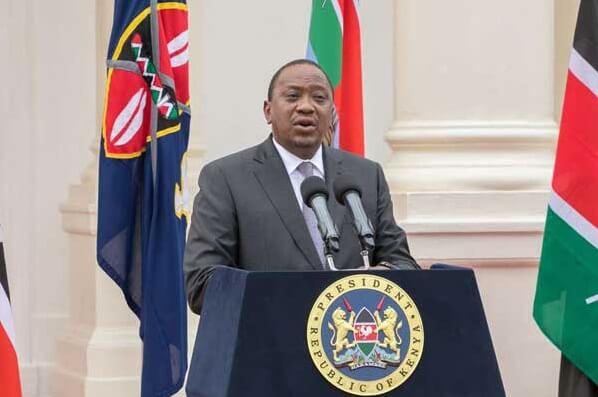 As a peace-loving and law-abiding citizen of this great Republic, I feel obliged, since nobody is courageous enough to tell you the truth, that you are naked. Yes, NAKED!

Your Excellency, with great respect, the so-called handshake has dragged you into a filthy bedroom and politically speaking stripped you naked. But you have yourself to blame. Martin Luther King Jnr reminds us that “a man can’t ride your back unless it is bent!”

The “Handshake Suit” you are supposedly wearing, and the BBI bib that has refused to leave the tailor’s shop is now being praised as the greatest constitutional discourses since the Magna Carta. But are they?

Read: Why It Is Easier To Trust Ruto

Since that fateful March 9, 2018, when you shook the hand of your erstwhile political nemesis, whom you had variously told us he is “not good in the head”, and denigrated him in French as “kimundu Kiguruki“, the GPS of the political rifts between communities just shifted latitude but were never sealed.

We were told the handshake was supposed to “bring us together” and will ensure we shall never fight again over elections or over political differences.

Truth be told. This handshake has been the most politically polarising. It has achieved the opposite of what it was supposedly intended to solve. It even spawned Kieleweke and Tangatanga formations within the ruling Jubilee Party.

The events in the recent concluded Kibra by-election is a shameful indictment of your leadership at the Jubilee Party. Where did party political etiquette, hygiene, and common decency disappear to?

First, we all saw you receiving Jubilee Party candidate, MacDonald Mariga at the State House. To turn around and support a rival party candidate is, to be polite, hypocritical and disingenuous.

We were told the candidate is your Deputy’s, who sneaked him to State House through the fence, and that “Loho ya Uhulu iko kwa Imlan.”

We have no cause to doubt that narrative. We have observed the Kibra by-election closely and analyzed it with a fine-tooth comb. We have observed all the actors, specifically in the ODM camp and their Jubilee supporters.

Let’s for a moment forget the Jubilee politicians who campaigned for the ODM candidate. When we have operatives like a Newton Karanja and a Ngugi IG, one who has an office right inside State House, openly campaigning for a rival candidate, we need not crack our heads asking on whose behalf they were acting?

Read: Why Building Bridges Initiative Is Not Genuine

When we look at the political intolerance, outright voter intimidation, shameless violence, assault on rivals, propaganda and suppression of voter turnout in selected areas in Kibra inhabited by rial ethnic demographics, a signature ODM modus operandi, forgive us if we ask whether you or your “elder brother” have the moral rectitude to hold a candle on any a building bridges.

Mr. President, supporting a rival party candidate behind the curtain is not creative or wise, regardless of the political circumstances in Jubilee Party. It is akin to cutting off your nose to spite your face. It exposes you to ridicule and dismissal from the party rank and file.

I am sure you have the intelligence of how the people voted according to the ethnic demographics. Kibra is a microcosm of all political negativity – electoral violence and intimidation, filthy political hygiene and impunity.

It is unfortunate Sir, that you have chosen to cavort in the pigsty with a character who is already at home with the filth. The rest of Kenya has noted and is closely watching. On this one, you played below the league.

Mr. President, as long as the goons Simba Arati, Edwin Sifuna, Fatuma Gedi and Junet Mohammed remain free from their criminal acts in Kibra, those castigating the crime are shying from openly telling you that the buck stops with you.