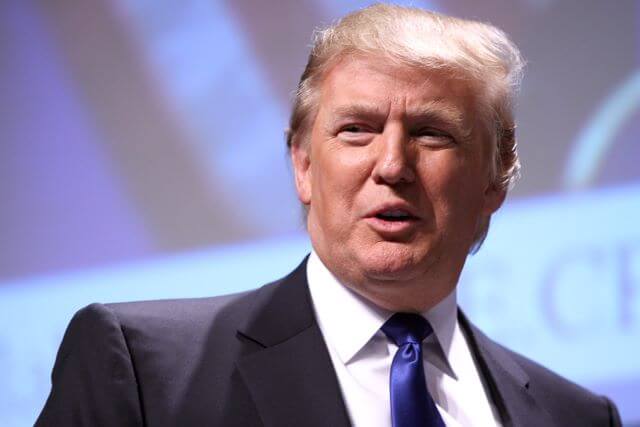 5 Reasons Why Trump Is Likely To Be Reelected

There are 5 five reasons why Trump is likely to be reelected. While there is no denying that President Donald Trump has some of the lowest approval ratings in the history of US Presidents, certain things work in his favor. And, the factors in his favor are significant enough to ensure he stays in office post-2020. Below are the reasons why Trump may continue for another 4 years…

Voters may care about many things, but the economy always tops the list. As a businessman, Trump knows that Americans expect nothing less than jobs and thriving businesses and that’s exactly what he’s delivering.  According to economic indicators, the US economy is stronger than it was under Obama’s. In fact, the unemployment rate has gone down considerably.

President Trump is sparing no effort to extract the most political capital out of the apparent economic growth. Chances are that most Americans will overlook the President’s shortcomings and reelect him.

For starters, President Donald never stopped campaigning. He’s been moving from one political rally to the next since he assumed office in 2017. It has been him versus the ‘hypocritical democrats’ since day. This level of activity ensures Trump remains relevant and closer to his base as possible.

Donald Trump also knows how to rally people around his causes, more so the media. Thanks to his controversial views and actions, Trump is the subject on social media and mainstream media 24/7. This way the president’s competitors get the least airtime since the nation is busy discussing the pros and cons of DJT.

From existing donor structure, name recognition, and campaign infrastructure, Donald Trump now enjoys what his competitors don’t. Claims that Trump is ‘unpresidential’ no longer hold as he sits at the oval.

Read: Ruto’s position on the referendum

With economy politics, a superior campaign, and incumbency Trump has a serious advantage over his competitors.

By the way, 7 out the past 10 US presidents were reelected.

Trump was voted by religious rights, conservative republicans, and nationalists. Why? Well, the president promised to support anti-abortion moves, introduce tax cuts and secure the US borders.

While the president is struggling with draining the swamp or building the wall, he’s appointed conservative judges opposed to abortion and introduced tax cuts thereby keeping his base happy. This is another reason why Trump is likely to be reelected.

As a matter of fact, Trump’s base is likely to vote him (hoping he delivers more in his second term) as opposed to Democrats who they believe are promoting socialism.

Read: How the US Electoral College Works

From the look of things, Trump still appeals to non-college educated whites who happen to be the majority in the swing states. So, yes electoral college is another reason why Trump is likely to be reelected.

In brief, Trump has the economy, organized campaign, incumbency, loyal base and the electoral college vote to rely on. Most if not all his competitors lack or struggle with all that’s working for the president.

Do you agree with this analysis? Let’s know what you think via the comment box.