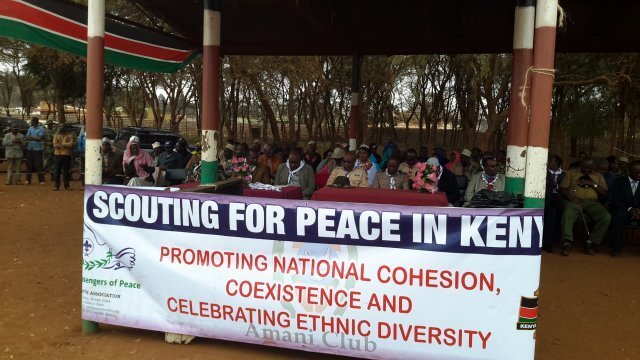 Why Tribalism, Not Corruption, Is Kenya’s Achilles Heel

Tribalism is what has has been ailing Kenya since the first Madaraka Day. Interestingly, we’ve channeled our energy in treating symptoms while ignoring the disease.

When we’re are not spending billions fighting corruption, we are allocating billions to “unite and heal Kenya”.

The sad part is that the whole of fumbling is by design. Why? Because those who benefit from tribalism don’t want to see an end to it. They’d rather waste our very scarce resources funding diversions instead of taking tribalism head on.

Read: The War On Corruption (The Kenyan Version)

Tribalism and nothing else is what ails Kenya. It is the fertile soil upon which all our problems flourish. From corruption to poor governance, all draw their strength from the fact that Kenya is a tragically ethnicized country.

Tribalism in Kenya is by design

But how and why is tribalism so entrenched in Kenya? Well, a united people can achieve a lot TOGETHER. So, to ensure Kenya only had a few achievers; ones the rest had to look up to:

From religion to politics to business, everything about Kenya is tribalized.

Kenyans literally kill each other over power, not because of the burning desire to lead the nation into prosperity but for one of theirs to “bring back resources” to the tribe.

For instance, members of my tribe have never been shy to engage in violence against other Kenyans in the name of politics. In our minds, our Tribal Chieftain becoming president is synonymous with economic emancipation of the entire community. Is that true? Of course, not.

Read: Why Tribalism will be the death of Kenya

The beneficiaries of negative ethnicity invested time and resources in spreading the false narrative until it became accepted as the truth. Today, a typical Kenyan believe that the only way they’ll get resources (or keep what they already have) is by getting and or remaining in power.

It must be understood that Kenyans by design rarely give a damn about one’s tribe until they are reminded to by their leaders. And thanks to tribalism…

Any cure to our tribalism disease?

First, we must agree that we’ve been roped into something that has kept 99. 9% of Kenyans stagnated as a few evolve into tingods. Only then can we shut our ears to the tribal gospel and honestly embrace each other.

Curing tribalism in Kenya, like cancer, needs radical steps. We must stop listening to leaders, friends and relatives who preach ethnic division. We must be ready and willing to cut them loose.

And no, bringing the strong pillars of tribalism isn’t impossible. We know Tanzania has twice as many ethnic groups but truly united still. We also understand that we may end up like Rwanda or former Yugoslavia if we don’t put an end to the tribal nonsense we have held dear for so long.

But like with everything, the decision is our. We can keep on chasing shadows (wasting billions we don’t have treating symptoms) or confront ourselves and call it quits with tribalism.

Until then, we are assured of stagnation till kingdom come.