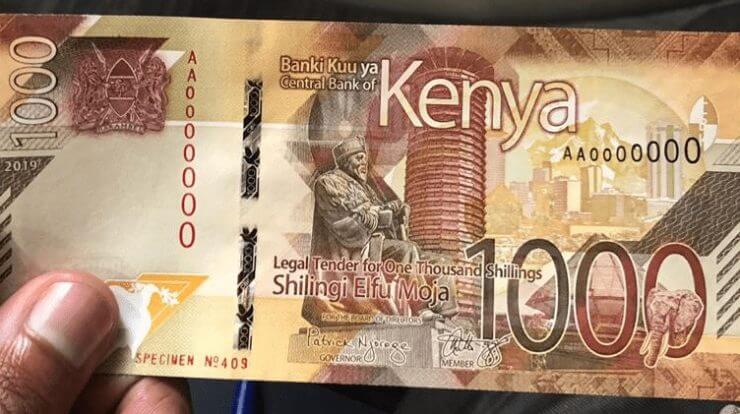 As a layman, who doesn’t require a busybody lawyer to interpret the above section for me, (I can read and understand plain English and it’s idiom), the operative words here are “images” and “portrait.”

Image presupposes an artificial resemblance either in painting or sculpture. There is a thin line between image and portrait. For the latter, the subject of focus is the face and its expression which presupposes predominant accentuation to capture the likeness, personality, and mood of the person depicted.

Before we go into the merits or demerits of the surreptitious inclusion of the sculpture of the founding father of the Kenyan Nation Jomo Kenyatta, while capturing KICC as the world reknown signature symbol for Nairobi and Kenya in general, we need to interrogate the wisdom of the drafters of our constitution in removing individual portraits from our currency notes and coins.

The 2010 constitution was a torturous almost 20-year process with several false starts along the way. There was a general consensus among Kenyans and the reforms movement over the period that leadership in Kenya, notably during Jomo Kenyatta’s 15-year reign and Daniel Arap Moi’s 24-year dictatorial regime, was predicated around personality cult. The two had over the period, elevated themselves to some sort of monarchs wielding excessive “imperial” powers and brooking no questions to their authority.

The personality cult had to be broken by trimming the so called imperial powers and cleaning out all it’s vestiges from our national psyche and political thinking to facilitate a smooth and fresh start. It is against this background that it was unanimously agreed that no individual’s portrait should grace our currency notes or coins.

Only the first two presidents’s portraits, save for the unpopular sh.40 coin eponymously christened “kî-Lucy” in and around Mt. Kenya, to show contempt for the late former First Lady, Lucy Kibaki, for her rash personality, bore Kibaki’s portrait. Needless to say, the coin has never been fully accepted. Personally I loathe it as I end up presenting it as sh.20 losing a 20.

The law on the new banknotes

Of importance in the above-quoted section is whether an image of a statue or sculpture can “symbolize Kenya or an aspect of Kenya.” However, the Central Bank pleads the image of focus is KICC which symbolizes Kenya. Which then begs the question – was the angle capturing the Kenyatta Statue in the foreground, the only vantage point to capture KICC’s image as a symbol depicting Kenya?

The image of KICC can be captured from Uhuru Park or from as far as the Nairobi National Park or JKIA. It can even appear as a silhouette against the rising or setting sun. These options clearly elicit some preconceived mischief, by the powers that be, in the thinking of those protesting. Personally, I may not find this as a big issue to waste acres of commentaries and even litigation on, but I don’t begrudge the protesters.

If I were Uhuru Kenyatta, I would follow this debate with very keen interest. I am sure there would be no debate had the statue in the foreground been that of Dedan Kimathi, Bildad Kagia or any other freedom fighter for that matter or even an ordinary farmer from Sugoi chewing on a maize cob.

The bile, beef and subtle rejection of the new currency is the image and name of Kenyatta and the totality, in retrospect, of what it represents, perception-wise in the national psyche.

How Many Remember Kenyatta

We said this is the year of speaking the truth and saying it as it is. The truth, the Good Book says, will set us free.

Read: Corruption In Kenya and how best to fight it

During his 15 year rule, Old Jomo was the Grand Master of all post-independence thieves and plunderers. And he led from the front, amassing and plundering what should have, by right, devolved to the freedom fighters and poor Kenyans in general, to himself, his family and cronies. All this while hypocritically pronouncing, to all and sundry, “Hakuna cha bure!”

His son, the current President, I have posited here times without number, is an heir to proceeds of plunder and grand theft. He should be very humble and careful with policies, either of commission or omission, that seems to thumb the nose or rub it in against restless Kenyans who are daily finding it very difficult to eke out a living.

The image of the Kenyatta monument in all the banknotes, at the back of some people’s minds, which may gain traction in due course, is perpetuating the Kenyatta dynasty. In political perception, this is reckless. Someday an angry mob may just find political solace in bringing down that monument as a form of protest. It is not something I would love to see or even entertain. But truth be told. It has happened in other jurisdictions around the world.

Luo Unity: What It Should Mean