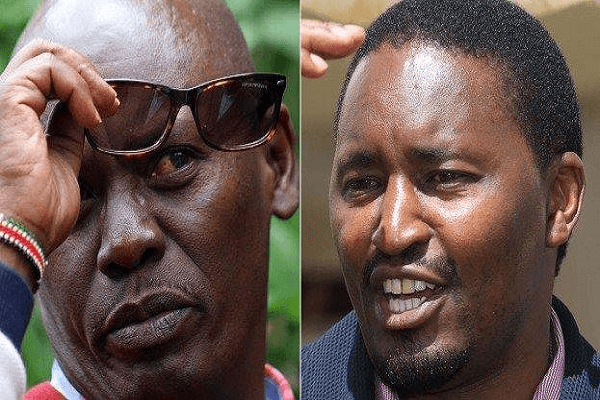 I have been watching the body language of president Uhuru closely when he is addressing cabinet secretary Mwangi Kiunjuri. He sounds bitter and behaving like a man who no longer is interested with a woman he has already laid.

The hardest part of courtship is convincing a lady to “enter the box,” and after that, you are spoilt with choices. You can either keep the box safely, burn it, throw it away or leave it somewhere on the way for someone else to come and pick. President Uhuru has decided to throw away the box that he had kept Kiunjuri.

Before the 2013 elections, Kiunjuri had tried his luck in the Laikipia gubernatorial race where were it not for the intervention of retired president Kibaki; the odds were favoring him. He was preparing himself to be a Mount Kenya king ping after Uhuru’s tenure.

Uhuru had no problem at that time as his only interest was to rule for ten years, as everyone thought. Kabogo, on the other hand, vied and won the Kiambu gubernatorial seat in 2013, and the journey to succeeding Uhuru had started smoothly, as he thought.

Come to the elections of 2017, the dynamics had changed, and everyone was facing reality. Uhuru could not believe he will retire from politics in his early sixties, in any case, that is a young age by African standards, he will still be a youth compared to Museveni, Biya and Donald Trump (if he wins a second term in America). Plans had to be made to lock both Kabogo and Kiunjuri out of power.

Governor Kabogo by his admission says it was deputy president Ruto who rigged him out during the Jubilee nominations, but I doubt he would do that without the blessings of his boss. Kiunjuri, on the other hand, was persuaded by Uhuru not to vie for Laikipia gubernatorial seat, which he could have easily won and was promised a cabinet slot.

Uhuru even told the people of Laikipia to allow him have kiunjuri for five more years (since he possesses rare special skills which cannot be found with anyone else in Kenya).

With Kabogo out and Kiunjuri in the cabinet, the next plan will be to keep the two busy fighting while Uhuru and his people plan on referendum behind the scenes. A proposal will be sold to Kenyans to have a prime minister and reduce some posts.

With the Thuraku’s mentality and baba’s blessing following the handshake, it will pass. Kabogo and Kiunjuri better smell the coffee and reconcile, join hands and forge a strong Mount Kenya leadership together.

Why Tribalism, Not Corruption, Is Kenya’s Achilles Heel