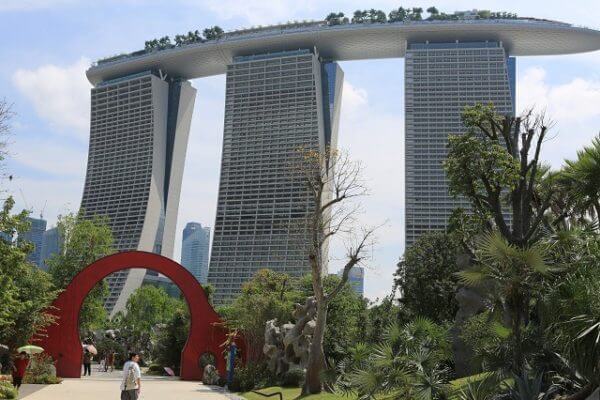 31
Shares
ShareTweetJoin
There are dozens of countries that have won the war against corruption or significantly reduced the incidences of the vice. Of those countries, Singapore’s journey fascinates me the most. Lest you forget, Singapore wasn’t a prosperous country; it was more struggling than Kenya we’ve been told.
So, how did they move from a struggling nation to one of the richest in the world? Well, they reduced or eliminated wastage of public resources.
A while ago, I was reading how Singapore won the war against corruption; how they moved from one of the most corrupt nations in the world (30+ years ago) to one of the least corrupt countries (today). Well, there are many things, but these had the most significant impact.

Singapore established a strong independent Anti-graft Body with powers to check bank accounts, the property of government officials (including those of their children, wives, relatives and even friends) and commence investigations on anyone living beyond their means. They didn’t have to wait for orders from above. The body never compromised!
Unlike Kenya where calls for “lifestyle audits” are merely political statements (attracting ‘2022 kitaeleweka’ and ‘our man is being targeted’ sentiments), Singapore’s Anti-graft Body started by investigating their PM first and went on to arrest and jail several federal ministers, community leaders, heads of trade unions and top managers of state companies.

The introduction of laws such as the “presumption of guilt,” that concluded any citizen living beyond their means was corrupt, changed a lot. This law placed the burden of proof on the accused; it was upon the person living beyond their means to convince the court that they were clean.
Unlike Kenya where there is “justified corruption” and citizens are free to buy jobs, extort others, cheat in exams and bribe the police but still sing “we are tired of corruption,” the majority of Singaporeans ended up hating shortcuts and in corruption in general.
In their country “living beyond your means you are corrupt until proven otherwise.” The citizenry became obedient to the law and chose honest living. Now, nothing beats a reformed citizenry when it comes to the war against corruption.

The PM suggested a high salary for civil servants. The move not only eliminated the need to steal but also attracted the best of the best to work for the government. The public service now had contented experts
Unlike Kenya where working in the private sector pays better (the reason a doctor at Kenyatta will abandon patients because Nairobi hospital pays better), working for the Government of Singapore is the most lucrative.

Singapore understood just how important the media was in the war against corruption. A compromised press was the last thing they needed. So, they insisted on objective media that comprised clean journalists who would truthfully inform the public on matters of corruption including the progress made.
Unlike Kenya where journalists are paid to spread narratives, and media houses have no problem creating imaginary scandals or killing stories at a fee, the objective media in Singapore covered all found cases of corruption and plastered the names of the corrupt on the front page irrespective of who they were.
Singapore’s slogan remains:
“You want to fight corruption? Then, be ready to send to jail your friends and relatives”.
What, in your opinion, are we doing right or wrong in our war against corruption?