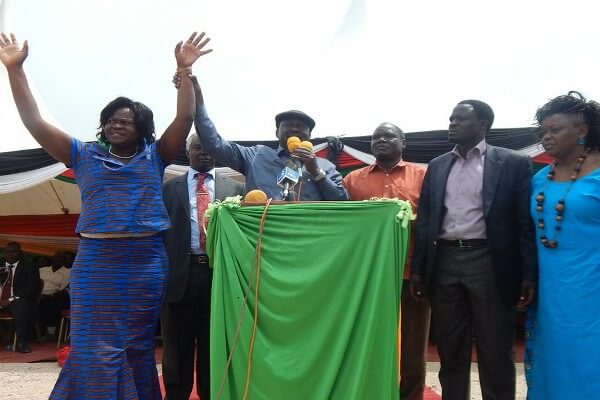 Contrary to common belief, there is nothing spiritual about the hold the Odinga’s have on Luos. It’s a psychological issue i.e. Siege Mentality. In this post, I’ll share with you what the Siege Mentality is, how it took over Luo Nyanza and why it’s almost impossible to root it out.

We are going to look into what many refer to as Odingaism.

You’ll learn why a reasonably intellectual community like the Luos have, for over 50 years, religiously supported the Odinga’s even though there is nothing to show for it.

And lest you misunderstand me, I’m not denying the existence of tribal kingpins outside Luo Nyanza. The ugly truth is that our politics is still tribal. However, while others are changing their tribal leaders, Luos are stuck with the Odinga’s. Aren’t you at least curious to know why?

I mean, Kikuyus rejected Kenyatta’s son in 2002 and Kalenjins no longer take orders from Moi’s. Luhyas don’t even have a tribal leader so to say, and Kisii left Nyachae ages ago. Kambas have had Mulu, Ngilu, Kalonzo, and even Mutua. Change is happening everywhere except Luo Nyanza, where it remains a taboo to criticize Odinga’s.

How come penning a piece like this still attracts dire consequences from the champions of democracy?

Well, the answer is in understanding the Luo Psyche and how the Odinga’s exploited it.

For some, this is a non-existent word used by people who are jealous of Luo Unity. Others, however, believe Odingaism is an excellent ideology that we should all embrace. People like Oburu were once quoted as saying Odingaism is an ideology that will last forever. To me, though, it’s a political enslavement kind of.

Odingaism is an ideology coined from a deeper understanding of the psychological needs of Luos. It’s undeniable that most of us are many things but humble. We want supernatural leaders. Only a few of us don’t get turned on by arrogance and insolence (especially if it’s towards our political opponents aka enemies).

We feel unique, strangely better than anyone else and hated for being superior. And unless you have evidence against us, Luo remains more than just a tribe; it is a calling and more.

See Also: A Letter To Luo Brothers And Sisters

The Odingas understood our weirdly unrealistic, fantastic demands and beliefs perfectly well. All they had to do was mold themselves into extraordinary people. They coined and spread rumors about their supernatural abilities; that they’d escape traps set by the political nemesis without much problem.

And thanks to a good propaganda network (in existence to date), these far-fetched qualities were spoken into our ears so convincingly that it sounds awkward to doubt them today. You now know why we call Hon. Raila Agwambo‘ (mysterious).

In Jaramogi, Luos finally had the leadership they’d been yearning for. Our superiority complex had been appealed to by Jaramogi’s claims.

Odingaism was all about giving Luos the supernatural leader they wanted at a ‘small cost’ of unquestioning and undying loyalty.

The fact that loyalty was given to a fake leader aside, Odingaism was doomed to fail. So, Eng. Raila modified it to something closest to reality and one that would attract real death threats if you dared poke holes. Odingaism now had a human face. How?

Hon. Odinga painted himself as a mtetezi wa wanyonge (the voice for the voiceless). He was sold as a man with all he needs, but still willing to get out of his comfort zone to fight for you and me. Again, it was just an illusion fed by ‘Luo Unity.’

Modern Odingaism is a relationship where Raila protects Luos from our imagined political enemies (mostly the “ruling community”) at the cost of absolute loyalty. It couldn’t be simpler than that.

So, who gains from this arrangement and what exactly are the benefits?

See Also: The Luo Unity We Crave For

There you have it, a few of the benefits and as expected, no one but the Odinga’s benefit from Odingaism. The mediocrity the loyal Luos have to put up with!

There are many disadvantages of taking orders from political dynasties like the Odingas. Here is a list of the side-effects of Odingaism:

See, nothing spiritual, just the Luos psychological need for a Supreme Leader being fulfilled by the Odingas. The decision to remain a loyal political slave or to break away is yours.