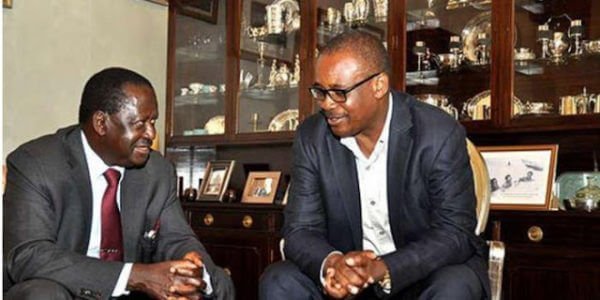 Luo Unity: What It Should Mean

Let it be noted from the onset that yours truly is not against Luo Unity. He just doesn’t buy into what is being peddled currently. As things stand, our unity is not of purpose, but one anchored on the inapt craving to be under one tribal leader. I still don’t know why Luos tend to bend towards monarchy. Anyway, that’s for another day.

The Luo Unity I can be part of is one that contributes to economic prosperity and growth among all Luos. A unity based on mutual respect that irrespective of which side of River Miriu you find yourself, you are a Luo. When being Luo will be the main thing that gives us common aspirations then, yes let’s unite.

Let the unity be about economic liberation and prosperity. From the son of that peasant farmer in a village at Nyadorera to the son of that banker in Nairobi, let’s involve everyone. Let all feel the effect of our unity. Not what we currently have; where one man defines how poorer we must get to show our allegiance.

You see, economic prosperity and growth promote people’s wellbeing and serve to foster a viable region. It is the foundation for effective social systems; systems that insure against life’s contingencies. I’m talking about that unity which focuses on developing a high level of education and equitable public services of general interest.

The kind of economic prosperity I’m referring to is not achieved through hero worshipping or blind loyalty to a single politician. No, it cannot be arrived at when the leader divides residents for selfish gains. It cannot survive where a self-imposed totalitarian leader calls those who dare express themselves, enemies and outlaws.

How To Forge It

Evidently, from the public’s perspective, there is a close connection between social and material issues and democracy. Without a minimum level of material equality, democracy is not possible. If inequalities are too great democracy is jeopardized.

The tribal leader, if there must be one, must know that democracy can succeed only if you lead Luo Nyanza in making use of its particular strengths and resources. This, the leader, cannot do as an individual; it can only happen if Luos are allowed to choose competent leaders. Leaders who can unite them for a common purpose, I mean.

Trust me, hand-picking clueless toadies to act as Luo political leaders will never solve their problems. A region that is ever stuck in opposition politics, need new tricks to move on. And the only secret lies with economic empowerment. Otherwise, a leader who would lord over Luos and micromanage every aspect of their lives will be conceding a hat-trick of Presidential defeat come 2017!

Borrowing from the previous ‘rebellions’ like the election of Obado on a PDP ticket, it seems the people were sending a  dangerously democratic message that ‘Luos need to breathe’. They want a new formula because the current one is not giving answers. It was an exercise of democratic space that has never been enjoyed by Luo Nyanza

And just like in Siaya, it was not 500 people, not 10,000 people but tens of thousands. They shouted loudly that they were tired of tyranny, tired of the tribal overlord, tired of the undisputed King Of Luo Nyanza, tired of worshipping at the empty shrine which is The Odinga caliphate.

The writing is on the wall; we stand united (unity of purpose) or we perish divided. We must dialogue and craft a Luo Unity that works for everyone. And this is not some impossibility being championed here, can have a purpose based Luo Unity; based on economic prosperity. What we have today is a bad joke taken too far. Don’t you agree?