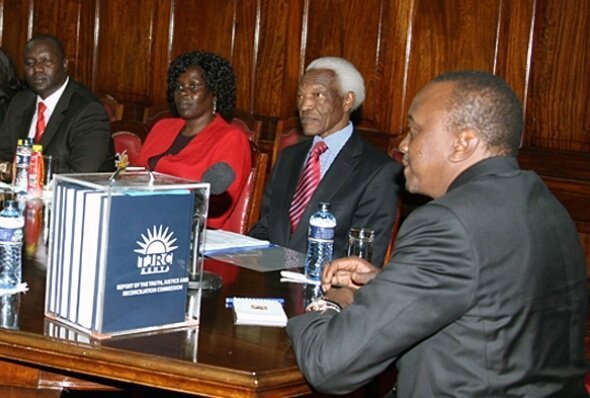 How To Handle Historical Injustices In Kenya

Kenya, like any other country, has a dark past she is struggling to erase. I’m not taking about crimes committed by the colonialists, but those perpetrated by Kenyans against Kenyans. I’m speaking to historical injustices in Kenya, where individuals and communities have suffered unfairly under the past regimes. I’m alluding to the shocking deaths of high-profile politicians and the massacre of clans. The question is, how do we go about them? To forgive or punish the perpetrators?

To put thing into perspective, is it possible to forgive and forget the atrocities committed during the Post-Election Violence (PEV) of 2007/8? Don’t you think the victims should seek retribution? I mean, hundreds of lives were lost and property worth billions destroyed..shouldn’t someone or  people be made to pay? Let’s look at the options i.e. forgiveness vs retribution.

Past Attempts at Retribution

Investigations into the death of prominent politicians are yet to bear fruit. We are yet to prosecute a fly concerning those deaths despite wasting hundreds of millions of shillings investigating. Why? Hang on, I’ll come to that

How much have we spent trying to unravel Goldenberg and Anglo-leasing (economic crimes of historical proportions)? What do we have to show for it? How many are in jail or has the money been recovered? I doubt. Why? Later…

The ICC cases to handle 2007/8 PEV also collapsed. An attempt to hold people to account over the post-election violence flopped from day one. Did we get retributive justice for PEV victims? No..like I mentioned before, the cases collapsed. Why? Patience my friend..

What about the TJRC Report? Do you think its implementation is the best way to handle historical injustices in Kenya? I have my reservations, but on a second thought, I say it will achieve less than nothing…

Why forgive when you can punish?

Why shouldn’t we punish perpetrators instead of forgiving them? Well, forgiveness gives better results. A journal (appearing on European Journal of Social Psychology) titled Retribution and forgiveness: The healing effects of punishing for just deserts said that ‘victims who punish their offender are subsequently more likely to forgive’. That punishment facilitates forgiveness. But that’s not all, it argued that if forgiveness is the ultimate solution there may be no need of punishment in most cases.

Margaret Holmgren (In her book Forgiveness and Retribution: Responding to Wrongdoing) posits that ultimately, forgiveness is always the appropriate response to wrongdoing. The word ultimately speaks a lot, because while retribution provides a form of closure for the victim, only forgiveness can bring true closure and provide the ‘fuel’ to move on.

Let me now share the 4 reasons why I believe forgiveness and reconciliation is the best way to handle historical injustices in Kenya:

If you went through the TJRC Report you would find that it mostly confirms the biased narratives we’ve been treated to. Anyway, you can’t expect much from a commission that was a ‘war-zone’ where with commissioners tore into each other and resigned left and right. With twisted versions of the past injustices, retribution can only pit communities against each other.

Without the truth, retribution is impossible. On the contrary, even in the absence of facts, a person can decide to put aside the past and improve their present.

Tribal supremacy battles have been with us since the British left. We are always a bunch of tribes fighting over resources and trying everything to outdo each other. Sadly, it’s by design. There are people who would go to any length to maintain the status quo. As such, people will always see their guy or community as targeted and will ‘defend’ their own.

I say, until we find away out of this sea of negative ethnicity, let Kenya’s historical injustices be regretted and forgiven. It may sound defeatist but I’d rather share the ugly truth; that tribalism has made certain people untouchable in this country.

Thanks to corruption, justice is for sale to the highest bidder in this country. You can get away with anything as long as you can pay the right people. It’s because of corruption that innocent Kenyans die in jails for the crimes they didn’t commit as the real perpetrators run for political seats and enjoy celebrity status. In such a society, retribution applies only to the ‘common man’. The people with the wherewithal to mastermind historical injustices in Kenya remain ‘above the law’.

This was a clear example of how politics can take center stage as justice for the victims is deleted from the priority list. The country wanted to see the architects of 2007.8 PEV brought to book but politicians hijacked the process, took it to ICC…using a sad situation to settle scores. What happened? The warring camps both admitted that it was all about fixing political opponents using doctored evidence.

But what confirmed that we are not ready for retributive justice were the threats communities issued should their man be jailed.

TJRC is good for a people who want to forgive, put the past behind them and move on…not those who want to settle scores. And yes others have forgiven even darker pasts. The Angolan civil war lasted 26 years, 4 months, 3 weeks and 3 days, displaced 4.28 million people and left over 500,000 civilians dead. It’s that chilling. Yet the citizens of that country have learnt to reconcile and move on. Their GDP is higher than Kenya’s and rebuilding their country appears to be the priority.

We also have Rwanda, where negative ethnicity claimed close to a million souls. Trying to punish the perpetrators through the Gacaca Courts didn’t bear much fruit and the courts were officially closed in 2012. I watched this Rwandan lady, who lives with the same man who hacked her several times and left her for dead in a swamp during the 90-day genocide. She said she forgave the man and that life is easy when you forgive people.

Rwanda has managed to move from war-torn to a progressive society it is today, mostly because of the reconciliation efforts and not court processes. I say let’s learn from our past, regret it, forgive one another and move united. Don’t you agree?