Of Boniface Mwangi And Kenyan Activists

I did not intend to say anything regarding Boniface Mwangi but indulge me. Money corrupts. Anyone who has had a taste of it will tell you, it really gets one clutching to anything for attention and power.

If you ask me, the latest vomit he is currently swimming in and attempting to draw in the DP is a culmination of the desperate lengths a man will go at the smell of money. Why do I say that? Glad you asked. And I will respond by posing a question; who exactly in the republic of KENYA is Boniface Mwangi fighting for? Or what for that matter?

Come with me to Uhuru park. 2014, labour day. The current administration was barely into its first year but Mwangi had planned a disruption. He gathered a few hundred goons and just as the event was advancing, the plan was to stand up and riot. As sure as it was ill-informed, it backfired right into his face after his goons developed cold feet and he was left to heckle alone. What happened after is well known to us all. 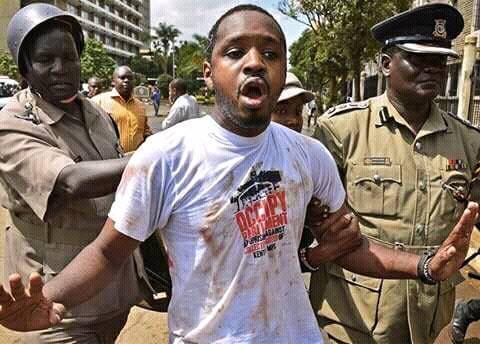 This is a man who does not seem to show any respect to anyone, or anything. Including animals. We all remember when he sprinkled water mixed with other disgusting stuff on the police spokesperson. He has gone to the lengths of painting animals just to attempt to make a point. A disgraceful spectacle to behold. For a dollar and attention.

Now, out of the blues, Boniface Mwangi has lit a fire with the DP. Through reckless talk as he has won’t to and the best way he can conjure up. A few days ago, I saw him taking lunch with the former CJ in some dingy place somewhere. Which is okay really. He called the former CJ his mentor. Which is okay. His lawyer is Gitobu Imanyara, a man with a loose a mouth as he is inept.

The three have some stuff in common; they belong to the civil society. That odious body that picks up battles only where there is a smell of money. They throw in jabs, recklessly and hide under the constitutional provision to free speech. We all know that much as we should embrace them, they should also show cause for the fights they pick. Which is a rarity. 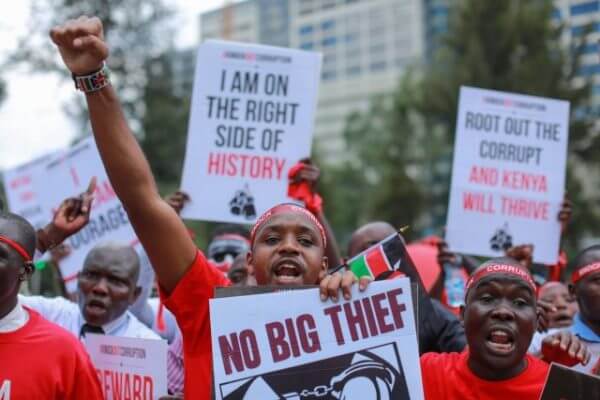 Now, in all fairness, there has not been consistency in the things Boniface has been fighting for. Most of the things he has been doing have been for purely publicity purposes. I know people in politics who begin something and stick with it until they see some change being birthed! Not so with our civil society to which Mwangi belongs.

Apart from a cross section of the opposition supporters who feel as if Boniface Mwangi is fighting for them through bile and spite for the Deputy President, and for obvious reasons, we can all agree that his methods are not acceptable and his gymnastics are purely selfish. To prove it, he should take his gymnastics to a place like say Eldoret or say Murang’a or North Eastern or Machakos and then we see the results, see?

That letter by Imanyara in rebuttal of Kilukumi was spiteful and full of innuendo and propaganda and cheap political shots. It was in bad faith and in my limited legal knowledge I know that it tramples underfoot the rights of another for self elevation. It is a well planned out game to discredit the DP by Mwangi and his ilk and smacks of malice and wickedness and is politically instigated.

I won’t add much but say, with a legal team as robust as the DP has, he should sue. It was libelous. Or if that proves to be too costly an affair on whatever front, his support base Should rise and tell of Mwangi and his friends. Not on Twitter and Facebook but in real demonstrations on the streets leading up to Boniface Mwangi’s office and whereabouts. At times, you fight for respect and demand it. That’s all!