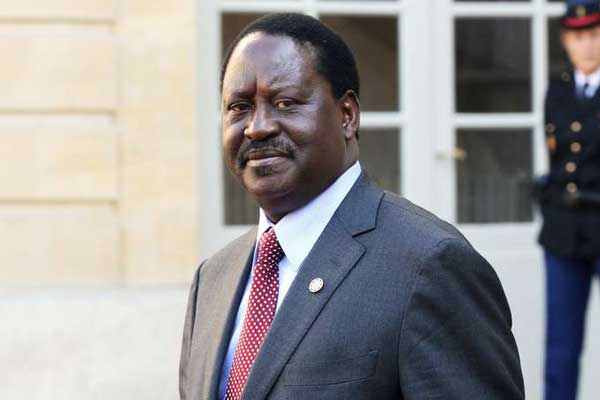 A Liberator Or A Usurper?

The Odinga dynasty is one of the oldest and powerful in Kenya. This dynasty has been in existence for over a half a century and it has had a firm grip on the luo community for the time it has existed.

The dynasty has made the luos to believe that it is their saviour who can pull them away from poverty. But is this a reality or fiction? Let’s analyse the socio-economic contribution of this dynasty to the luos.

First and foremost, Jaramogi was the first to organize the luos to form a cooperative by the name Luo Thrift, the Cooperative acquired some assets, Lolwe being one of them. All these assets were taken over by Odinga and the luos lost a lot to this greedy family.

The second episode was the grabbing of Opoda farm where the land owners were outwitted by Odinga. He erroneously told them to leave their farms and move to some lesser hectares as the government was to construct an airport there. Did that happen?

The same Odinga grabbed a huge chunk of land at Muhoroni settlement scheme, the land is so big that how to put into proper use has become an elephant. On top of that, this guy determined who was to be an MP. I don’t know what he got from such an arrangement, but your guess is as good as mine…

Then came his son, a political conman who picked from where his dad left. His first project was to con the Luos of their hard earned money through the molasses saga, then perfected the art of trading with the Luos.

In 1997, he determined who was to be MPs in all Luo Nyanza constituencies except Ugenya and Gem. Remember he doesn’t do this for free, then after the elections, he auctioned the Luos to Moi where he was handsomely rewarded at the expense of his stock of trade.

After realising that his interest was not being served, he jumped ship and joined a strong movement of Kibaki, Wamalwa and Ngilu and positioned himself as the defacto leader of the group and declared Kibaki as the presidential candidate at a fee while his subjects remained entangled in poverty.

He was rewarded with a ministry, roads and public works. What he did was to construct Kisian-Bondo-Usenge Road then the ‘government refused to release funds for carpeting other roads in Luo Nyanza’. Again several Luo Nyanza MPs found their way in parliament by bribing him Tuju and Okundi being an example and also being his close relatives, Midiwo and Oburu.

After differing with Kibaki, he was thrown out of the government leaving Tuju whom he declared the enemy of the Luos for not following him. Come 2007, he presided over the most shambolic party nomination in this universe where losers were rewarded with party certificates as the people’s will was relegated to the periphery.

As fate had it, the same fate which befell the nomination winners befell him. He resorted to violence and got the PM position. His Luo supporters were killed, maimed and displaced but he did nothing as he had got power.

Instead, he started showcasing his corruption skills… Maize Scandal, Triton Saga, Kazi Kwa Vijana Scandal. Nepotism was the order of the day, the reform tag was thoroughly tainted.

In 2013, the hypocrisy of this guy was laid bare. His sycophants were awarded party certificates. This led to a huge outcry from his backyard. The result was a widespread voter apathy and hence his political demise. From all these, is this dynasty a saviour or Monster?